Masdevallia nidifica is a small species that is fairly common in Central- to South America where it grows from about 600 meters all the way up to 2 000 meters. This wide altitude range makes for a fairly temperature tolerant Masdevallia and perhaps this is also why there is such a color variance within the species? Mine is fairly dark and nicely saturated compared to some more pale specimens I have seen. This plant comes from Ecuagenera in Ecuador and I think it is just lovely! The leaves are 5 cm long and the body of the flowers measure about 0.5 cm wide and 1.5 cm long with sepals at about 5 cm. Commonly called the Nesting Masdevallia, from the Latin word nidificus meaning “making a nest” and I am guessing that it is referring to the tuft forming habit of the plant. Luer actually wants to move this species to a new genus, Buccella, but alas Kew does not recognise these new structuring ideas as of yet. I really respect Luer and his extensive work, and I think it will probably be recognised eventually, but in the meantime we are just kind of stuck in limbo… waiting. Wonderful species none the less and I just adore Masdevallia… don’t know why, just do. I grow this one intermediate to cool and very humid.

Edit: A friend just told me that apparently this is the South American type, makes sense since it comes from a grower in Ecuador. Thanks Daniel! 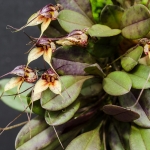 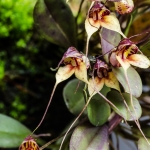 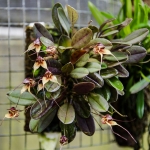 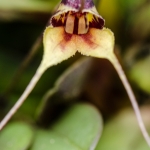 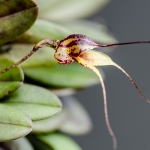 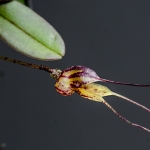