This is a small intermediate growing epiphyte from Central America. It can be found in mountain cloud forest from Costa Rica to Northwestern Venezuela at altitudes ranging from 400 meters up to 2500 meters. Flowers are small, only about one centimeter long, but the nice coloration makes up for any shortcomings in size. It usually blooms in the late fall/ early winter in nature, and it has been doing the same for me this year, blooming from October through most of the winter. I grow it mounted on bark in the cool vivarium, very humid but not too wet with good air circulation and under medium light. 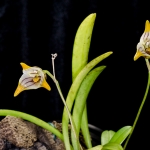 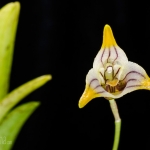 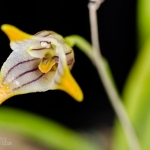